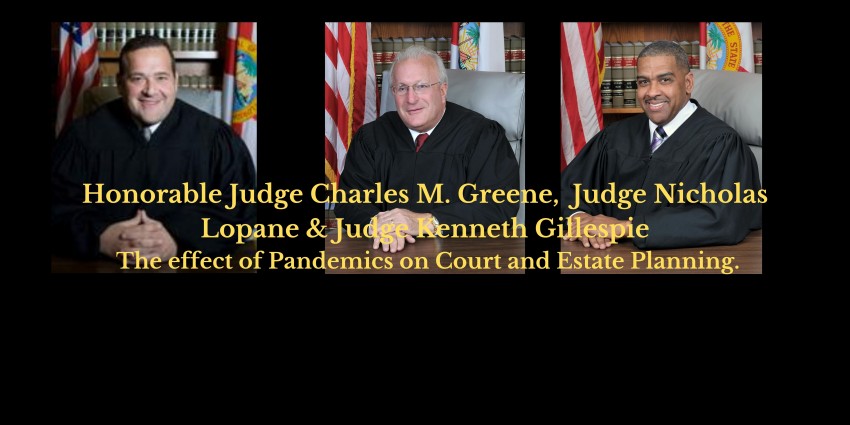 Topic:  The effect of Pandemics on Court and Estate Planning. 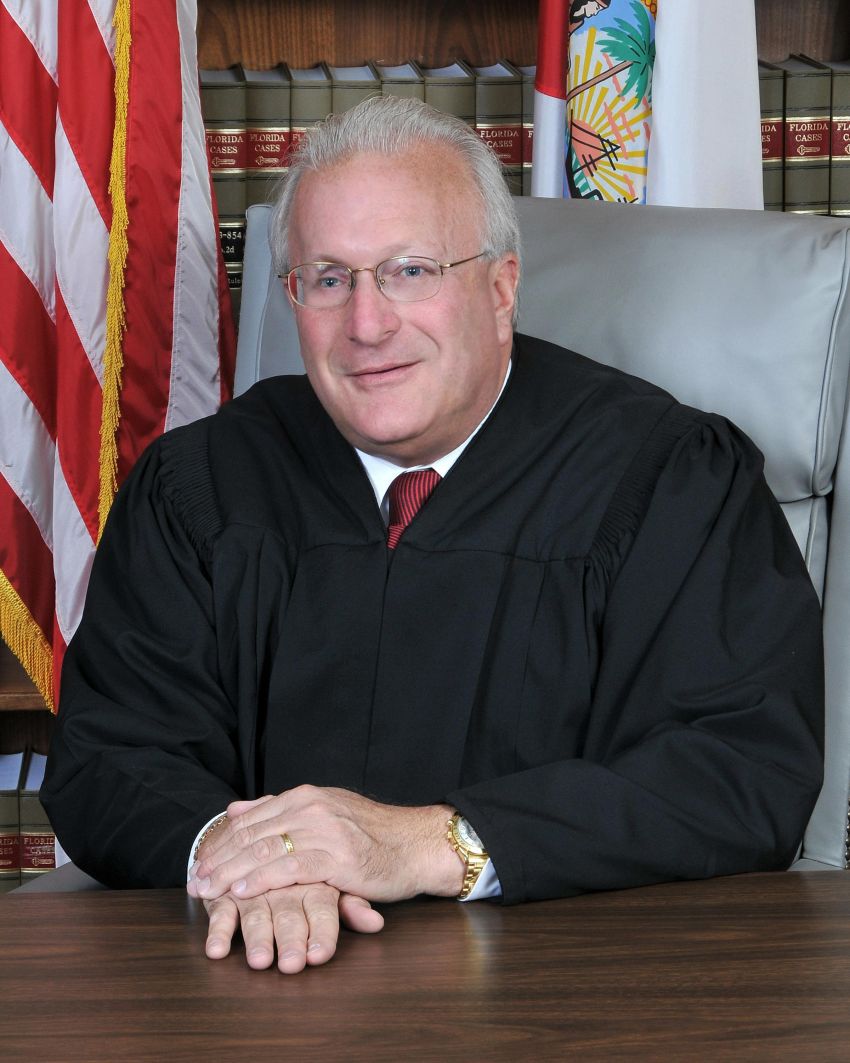 JUDGE CHARLES M. GREENE is a Circuit Judge sitting in Fort Lauderdale. He was elected to the bench in 1990.  Judge Greene currently serves as the Administrative Judge of the Probate and Guardianship Division. He initially served in the Criminal Division for 4 1/2 years, spending approximately 2 years presiding almost exclusively over First Degree Murder trials. He then transferred to the Family Division where he sat for 3 1/2 years, followed by 5 years in the Civil Division. His next assignment was as the Administrative Judge of the Criminal Division, where he oversaw the trial, domestic violence, career criminal and drug court divisions, in addition to presiding over felony trials. He was next assigned as one of two Judges assigned to the Complex Civil Litigation Division, where he presided over both lengthy and complex trials.

He received his B.A. from Union College in Schenectady, New York and J.D. from Nova Southeastern University. After law school graduation, he served in the State Attorney's office for  the 17th and  20th  circuits. After spending almost six years as a prosecutor, he went into private general practice, specializing in criminal and family law. He was also the legal advisor to the Boca Raton Police Department prior to assuming the bench.He is admitted to practice in both Florida and New York. He is additionally a member of the U.S. Supreme Court and numerous federal bars.

He twice received the Outstanding Jurist Award for the American Board of Trial Advocates (ABOTA), Broward Chapter. He also received the Florida Bar - Standing Committee on Professional Leadership Award.  He served on the Florida Bar Standing Committee on Professionalism and was co-chair of the "Professionalism Works" Project. He has on numerous occasions served as a Referee for Florida Bar disciplinary proceedings.  Judge Greene is a commercial pilot. He is a member of the U.S. Coast Guard Auxiliary where he serves as an Aircraft Commander.     He additionally volunteers his service to numerous organizations to fly patients for organ transplants, other medical needs, and compassion flights. 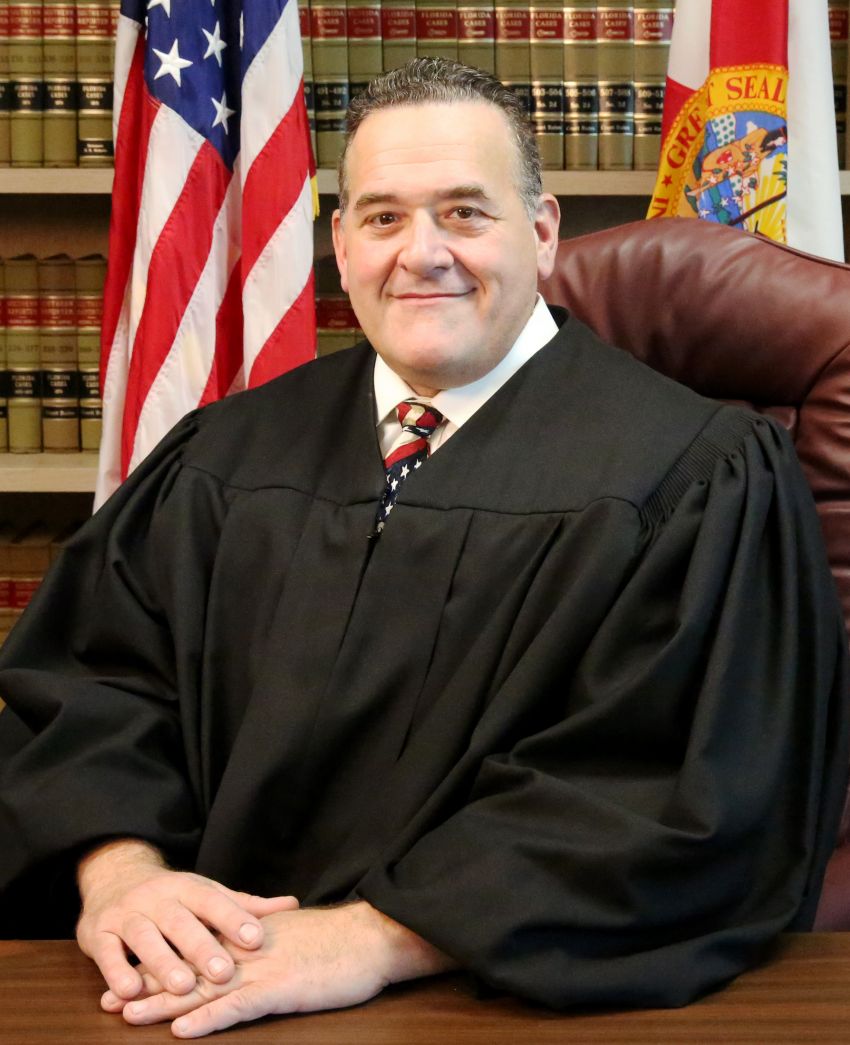 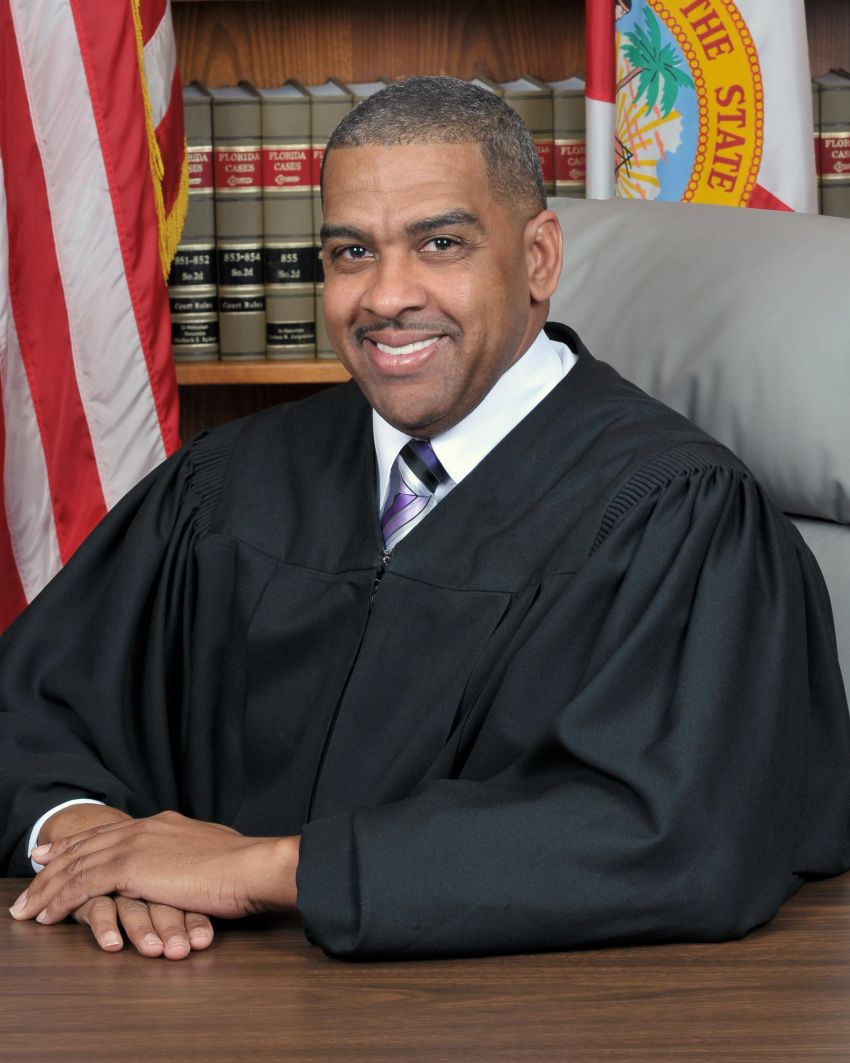 On behalf of the Estate Planning Council of Broward, Inc., Thank You for your continued support. 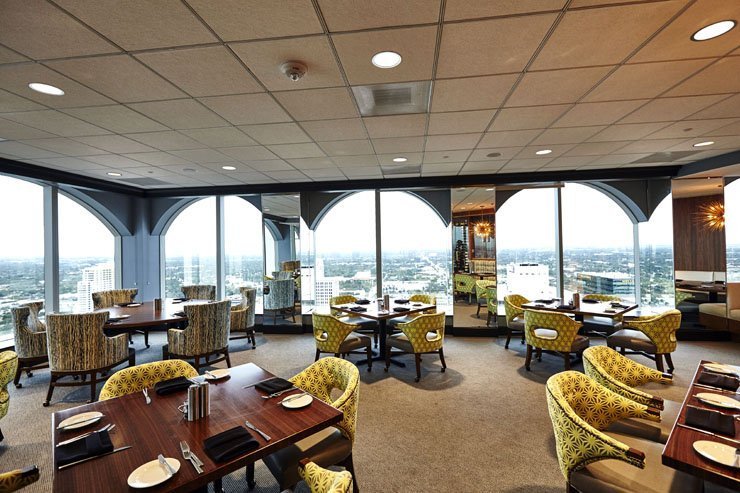 Fall Event for Members of the Estate Planning Council of Broward